Planting a thousand trees. That is our footprint in Angola

Procuring seedlings and tools, providing teaching assistance and consequent counseling. These endeavors reflect how Kovocité took part in an educational project in the African country of Angola. This concerned the planting of new trees in the secondary school campus in Longonjo, a city around 60 kilometers west of the metropolis of Huambo.

The project had two stages of implementation. In 2019, the school planted 120 trees under its own power. After Kovocité joined in as partner, an additional 1,060 seedlings were planted last December - such as pines, eucalyptus and casuarina. But the project does not stop there. The trees must be carefully cultivated, and the ones not growing replaced. The students here will provide most of the work as they did during planting.
Planting these trees is primarily educational in nature because there is a strong trend towards deforestation in Angola. The wood meanwhile will not end up as raw material in industry, as later harvesting is primarily intended for domestic use. One aim is to give the young generation an idea of how difficult of a task planting trees really is, and how long it actually takes before seedlings grow into trees. These in turn have the potential to influence the local climate to improve and enhance the quality of life.

Kovocité assists in developing and implementing manufacturing, assembly and logistics for other companies. Street furniture, outdoor furniture, shelters and the like emerge from its complex and make their way to customers around the world. Most products include some wooden elements, and many types of wood are used, from pine to Siberian spruce and even tropical timber.
The company, embracing the principles of sustainable consumption, therefore implements the long-term program called “Tree after Tree”. The aim is to return to nature what we draw from it.  So besides planting in Angola, Kovocité is also involved for example in restoring forests in the White Carpathians. This involves reforestation of land laid bare by natural disaster. Last year, 7,800 seedlings were planted, and another 6,200 are on the way this spring. Additional planting efforts are being prepared in both the Czech Republic and Mexico.
The Bílovice company is also seeking to maximize the use of the material Thermowood. It involves common European timber that partially acquires the characteristics of tropical wood through the process of thermization. This substantially reduces logistical costs, and in doing so, diminishes the overall carbon footprint of the end product. 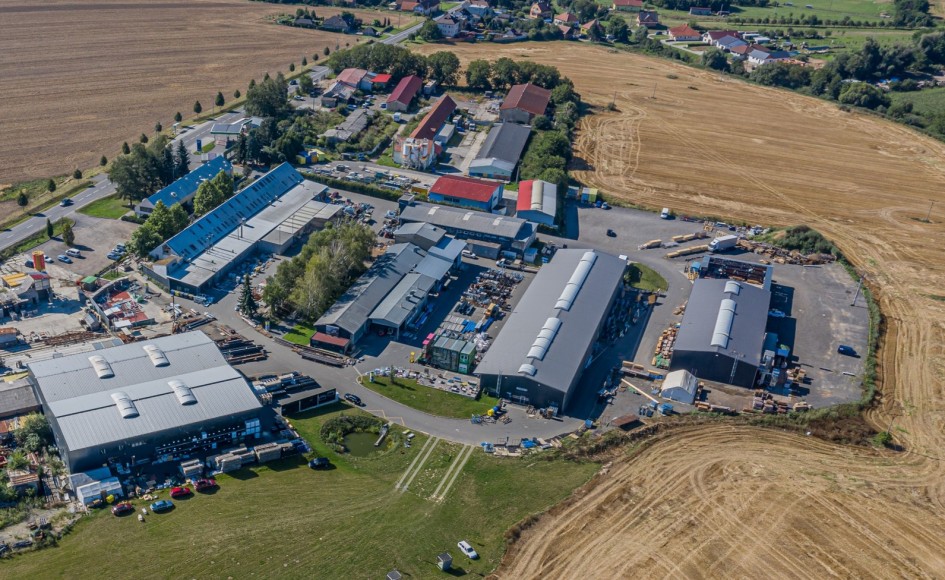 Wood and screws recirculated. We are trying to pack differently

Charge up? Look for green